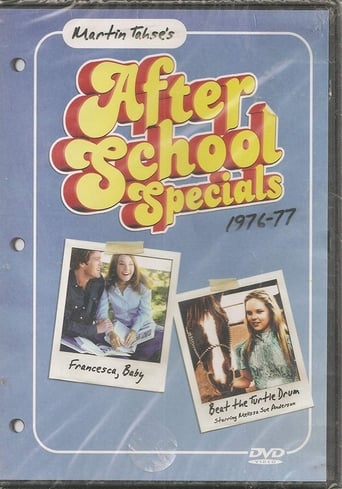 The ABC Afterschool Special is an American television anthology series that aired on ABC from 1972 to 1997, usually in the late afternoon on week days. Most episodes were dramatically presented situations, often controversial, of interest to children and teenagers. Several episodes were either in animated form or presented as documentaries. Topics included illiteracy, substance abuse and teenage pregnancy. The series won 51 Daytime Emmy Awards during its 25-year run. In 2004 and 2005, BCI Eclipse and Sunset Home Visual Entertainment issued six DVD collections of episodes from the series that had been produced by Martin Tahse, each collection containing four episodes. A boxed set, in the shape of a school bus, was also released containing all of the DVD releases, with a detailed information booklet of all the specials on the set and including an extra DVD of two specials that had previously not been released on DVD. The DVDs are currently out of print.