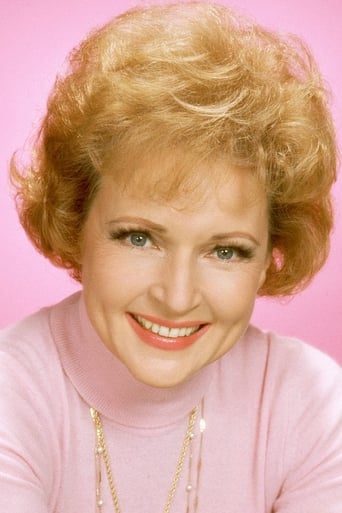 From Wikipedia, the free encyclopedia.   Betty White Ludden (born January 17, 1922), better known as Betty White, is an American actress, comedian, author, and former game show host. She is best known to modern audiences for her television roles as Sue Ann Nivens on The Mary Tyler Moore Show and Rose Nylund on The Golden Girls. As of 2010[update], she is starring as Elka Ostrovsky in the TV Land sitcom Hot in Cleveland. She has also released several books over the span of her career. In August 2010, she entered a deal with G.P. Putnam Sons to produce two more books, the first of which was scheduled for release in 2011. White won seven Emmy awards and received 20 Emmy nominations over the course of her career, including being the first woman ever to receive an Emmy for game show hosting (for the short-lived Just Men!). In May 2010, White became the oldest person to guest-host Saturday Night Live, for which she also received a Primetime Emmy Award. She made regular appearances on the game shows Password and Match Game and played recurring roles on Mama's Family, Boston Legal, and The Bold and the Beautiful. Description above from the Wikipedia article Betty White, licensed under CC-BY-SA, full list of contributors on Wikipedia