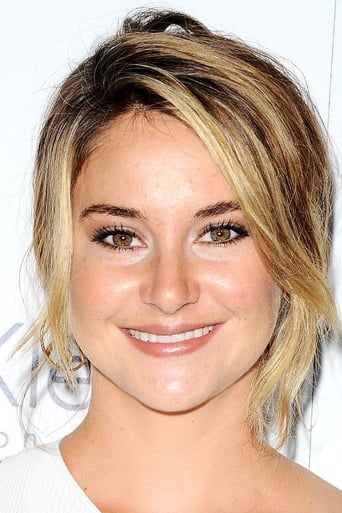 Shailene Diann Woodley (born November 15, 1991) is an American actress. Her first major role was as the main character, Amy Juergens, in the ABC Family series The Secret Life of the American Teenager (2008–13). She then appeared in the independent American drama The Descendants (2011), for which she received the Independent Spirit Award for Best Supporting Actress and a Golden Globe nomination for Best Supporting Actress – Motion Picture, and The Spectacular Now (2013), receiving the Special Jury Award for Acting at the 2013 Sundance Film Festival and an Independent Spirit Award nomination for Best Female Lead. Woodley gained commercial success when cast as the main protagonist, Beatrice "Tris" Prior, in The Divergent Series, and as Hazel Grace Lancaster in The Fault in Our Stars (2014). Description above from the Wikipedia article Shailene Woodley, licensed under CC-BY-SA, full list of contributors on Wikipedia