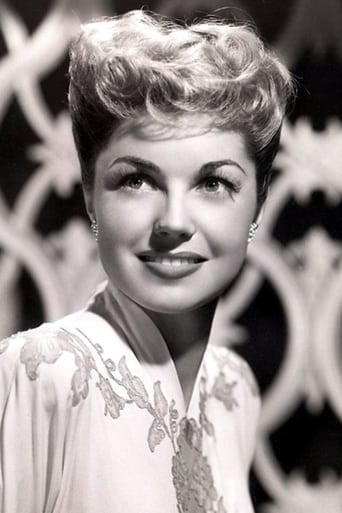 Esther Jane Williams (born August 8, 1921, although some sources cite 1922) is a retired American competitive swimmer and MGM movie star. Williams set multiple national and regional swimming records in her late teens as part of the Los Angeles Athletic Club swim team. Unable to compete in the 1940 Summer Olympics because of the outbreak of World War II, Williams joined Billy Rose's Aquacade, where she took on the role vacated by Eleanor Holm after the show's move from New York City to San Francisco. There, she spent five months swimming alongside Olympic swimmer and Tarzan star, Johnny Weissmuller. It was at the Aquacade that Williams caught the attention of MGM scouts. After appearing in several small roles, alongside Mickey Rooney in an Andy Hardy film, and future five time co-star Van Johnson in A Guy Named Joe, Williams made a series of films in the 1940s and early 1950s known as "aquamusicals", which featured elaborate performances with synchronized swimming and diving. From 1945 to 1949, Williams had at least one film listed among the 20 highest grossing films of the year. In 1952, Williams appeared in her only biographical role, as Australian swimming star Annette Kellerman in Million Dollar Mermaid, which would go on to become her nickname while at MGM. Williams left MGM in 1956 and appeared in a handful of unsuccessful feature films, followed by several extremely popular water-themed television specials, including one from Cypress Gardens, Florida. Since her retirement from film in the 1960s, Williams has become a businesswoman, lending her name to a line of swimming pools and retro swimwear, instructional swimming videos for children, and serving as a commentator for synchronized swimming at the 1984 Summer Olympics in Los Angeles. As of 2011 Williams lives with her fourth husband, Edward Bell, in Beverly Hills. Description above from the Wikipedia article Esther Williams, licensed under CC-BY-SA, full list of contributors on Wikipedia.