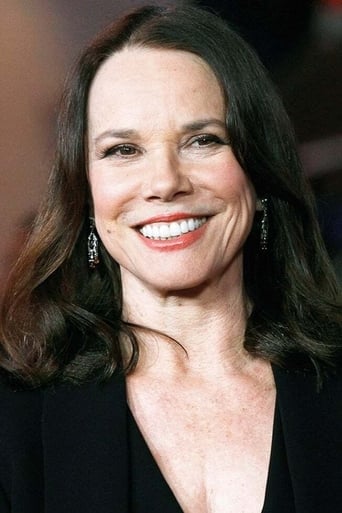 From Wikipedia, the free encyclopedia. Barbara Hershey (born Barbara Lynn Herzstein; February 5, 1948),  also known as Barbara Seagull,  is an American actress. In a career spanning nearly 50 years, she has played a variety of roles on television and in cinema, in several genres including westerns and comedies. Although she began acting at age 17 in 1965, Hershey did not achieve much critical acclaim until the latter half of the 1980s. By that time, the Chicago Tribune referred to her as "one of America's finest actresses." Hershey was awarded an Emmy and a Golden Globe for Outstanding Lead Actress In A Miniseries/TV Film for her role in A Killing in a Small Town (1990). She has been nominated for two more Golden Globes: in 1989 for Best Supporting Actress for her role as Mary Magdalene in Martin Scorsese's The Last Temptation of Christ, and for her role in Jane Campion's Portrait of a Lady (1996). For the latter film, she was also nominated for an Academy Award and she won a Los Angeles Film Critics Award for Best Supporting Actress. In addition, she has won two Best Actress awards at the Cannes Film Festival for her roles in Shy People (1987) and A World Apart (1988). She also featured in both Woody Allen's critically acclaimed Hannah and Her Sisters (1986) and Garry Marshall's comedy, Beaches (1988). Establishing a reputation early in her career as a "hippie", Hershey experienced conflict between her personal life and her acting goals. Her career suffered a decline during a six year relationship with actor David Carradine, with whom she had a child. She experimented with a change in stage name that she later regretted. During this time her personal life was highly publicized and ridiculed.  It was not until she separated from Carradine and changed her stage name back to Hershey that her acting career became well established.  Later in her career, she began to keep her personal life private.  Her career was again revived by the release of Black Swan, for which her portrayal of an overbearing mother and former ballerina has received critical acclaim and a BAFTA Award nomination. Description above from the Wikipedia article Barbara Hershey, licensed under CC-BY-SA, full list of contributors on Wikipedia.