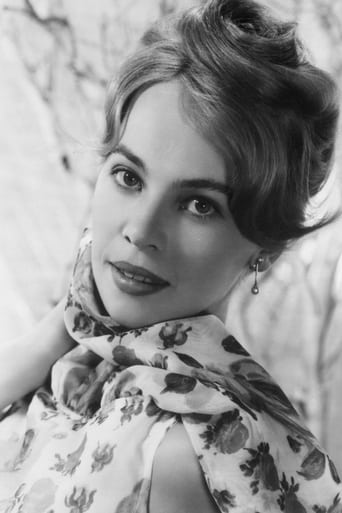 From Wikipedia, the free encyclopedia Leslie Claire Margaret Caron (born 1 July 1931) is a French film actress and dancer, who appeared in 45 films between 1951 and 2003. Caron is best known for the musical films An American in Paris (1951), Lili (1953), Daddy Long Legs (1955), Gigi (1958), and for the non-musical films Fanny (1961), The L-Shaped Room (1962), and Father Goose (1964). She received two Academy Award nominations for Best Actress. She speaks French and English. She is one of the few dancers or actresses who has danced with all of Gene Kelly, Fred Astaire, Mikhail Baryshnikov, and Rudolf Nureyev.   Description above from the Wikipedia article Leslie Caron, licensed under CC-BY-SA, full list of contributors on Wikipedia.