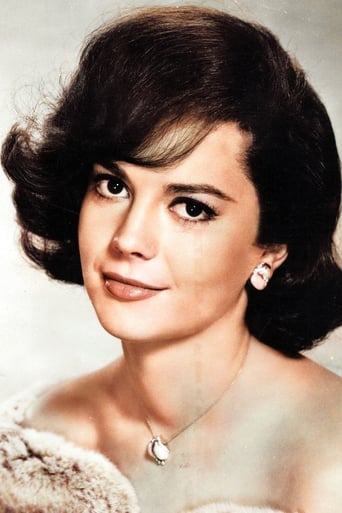 From Wikipedia, the free encyclopedia Natalie Wood (born Natalia Nikolaevna Zakharenko ;July 20, 1938 – November 29, 1981) was an American actress. Wood began acting in movies at the age of four and became a successful child actor in such films as Miracle on 34th Street (1947). A well received performance opposite James Dean in Rebel Without a Cause (1955) earned her a nomination for the Academy Award for Best Supporting Actress and helped her to make the transition from a child performer. She then starred in the musicals West Side Story (1961) and Gypsy (1962). She also received Academy Award for Best Actress nominations for her performances in Splendor in the Grass (1961) and Love with the Proper Stranger (1963). Her career continued successfully with films such as Bob & Carol & Ted & Alice (1969). After this she took a break from acting and had two children, appearing in only two theatrical films during the 1970s. She was married to actor Robert Wagner twice, and to producer Richard Gregson. She had one daughter by each: Natasha Gregson and Courtney Wagner. Her younger sister, Lana Wood, is also an actress. Wood starred in several television productions, including a remake of the film From Here to Eternity (1979) for which she won a Golden Globe Award. Wood drowned near Santa Catalina Island, California at age 43. She had not yet completed her final film, the science fiction drama Brainstorm (1983) with Christopher Walken, which was released posthumously.   Description above from the Wikipedia article Natalie Wood, licensed under CC-BY-SA, full list of contributors on Wikipedia.