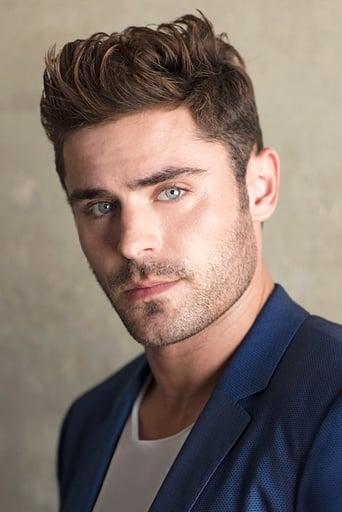 Zachary David Alexander "Zac" Efron (born October 18, 1987) is an American actor, singer, and dancer. He began acting professionally in the early 2000s, and became known to young audiences after his roles in the Disney Channel Original Movie High School Musical, the WB series Summerland, and the 2007 film version of the Broadway musical Hairspray. In 2007, before the release of High School Musical 2, Rolling Stone declared him the "poster boy for tweenyboppers" and featured him in their late August 2007 issue. Efron has since starred in the films 17 Again, Me and Orson Welles, and Charlie St. Cloud, and is due to star in New Year's Eve and The Lucky One. Description above from the Wikipedia article Zac Efron, licensed under CC-BY-SA, full list of contributors on Wikipedia​