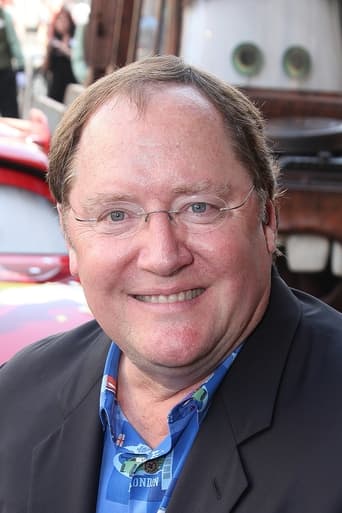 From Wikipedia, the free encyclopedia John Alan Lasseter (born January 12, 1957) is an American animator, director and the chief creative officer at Pixar and Walt Disney Animation Studios. He is also currently the Principal Creative Advisor for Walt Disney Imagineering. Lasseter's first job was with The Walt Disney Company, where he became an animator. Next, he joined Lucasfilm, where he worked on the then-groundbreaking use of CGI animation. After Lucasfilm became Pixar in 1986, Lasseter oversaw all of Pixar's films and associated projects as executive producer and he directed Toy Story, A Bug's Life, Toy Story 2, Cars, "Toy Story 3" and "Cars 2" He has won two Academy Awards, for Animated Short Film (Tin Toy), as well as a Special Achievement Award (Toy Story). Description above from the Wikipedia article John Lasseter, licensed under CC-BY-SA, full list of contributors on Wikipedia.

Born:
Jan 12, 1957 In Hollywood, California, US
Movie/TV Credits:
33
First Appeared:
In the movie Magic in the Bayou: The Making of a Princess
Latest Project:
Movie Beyond Infinity: Buzz and the Journey to Lightyear 2022-06-10