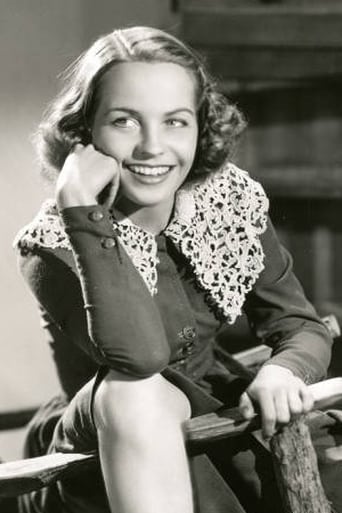 From Wikipedia, the free encyclopedia Betty Field (February 8, 1913 – September 13, 1973) was an American film and stage actress. Through her father, she was a direct descendant of the Pilgrims John Alden and Priscilla Mullins. Born in Boston, Massachusetts to George Field and Katharine Lynch, Field began her acting career on the London stage in Howard Lindsay's farce, She Loves Me Not. Following its run she returned to the United States and appeared in several stage successes, before making her film debut in 1939. Her role as Mae, the sole female character, in Of Mice and Men (1939) established her as a dramatic actress. She starred opposite John Wayne in the 1941 film The Shepherd of the Hills. Field played supporting roles in films such as Kings Row (1942), in which she played a victim of incest, although that fact was not readily apparent due to the heavy censorship of the time. Field preferred performing on Broadway and appeared in Elmer Rice's Dream Girl and Jean Anouilh's The Waltz of the Toreadors, but returned to Hollywood regularly, appearing in Flesh and Fantasy (1943), The Southerner (1945), The Great Gatsby (1949), Picnic (1955), Bus Stop (1956), Peyton Place (1957), BUtterfield 8 (1960) and Birdman of Alcatraz (1962). Her final film role was in Coogan's Bluff in 1968. She also appeared on television. Description above from the Wikipedia article Betty Field, licensed under CC-BY-SA, full list of contributors on Wikipedia.