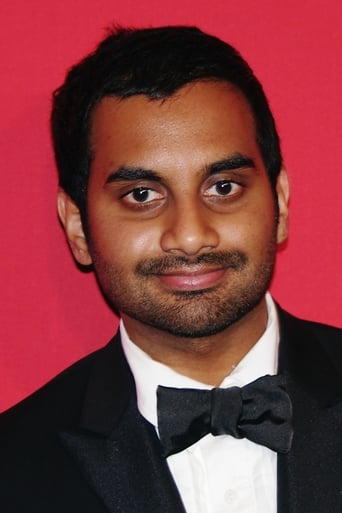 From Wikipedia, the free encyclopedia Aziz Ansari (born February 23, 1983) is an American actor, writer, and stand-up comedian. He currently stars as Tom Haverford on the NBC show Parks and Recreation. Ansari began his career performing standup comedy in New York City while attending college. In 2007, he created and starred in the critically acclaimed MTV sketch comedy show Human Giant, which ran for two seasons. This led to acting roles in feature films including Funny People, I Love You, Man, and Observe and Report. In addition to his acting work, Ansari has continued to work as a standup comedian. He released his debut CD/DVD entitled, Intimate Moments for a Sensual Evening in January 2010 on Comedy Central Records and still tours nationally between acting commitments. In June 2010, he hosted the 2010 MTV Movie Awards. He is currently filming 30 Minutes or Less with Jesse Eisenberg and Danny McBride. Description above from the Wikipedia article Aziz Ansari, licensed under CC-BY-SA, full list of contributors on Wikipedia.