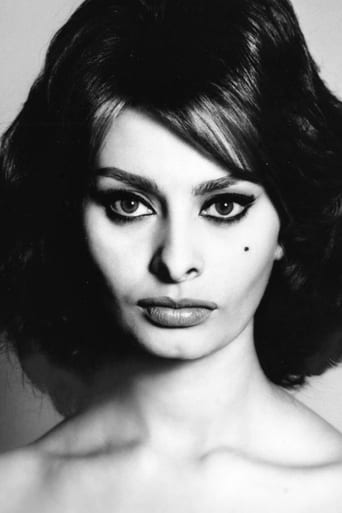 ​From Wikipedia, the free encyclopedia.   Sophia Loren, OMRI (born Sofia Villani Scicolone; 20 September 1934) is an Italian actress. In 1962, Loren won the Academy Award for Best Actress for her role in Two Women, along with 21 awards, becoming the first actress to win an Academy Award for a non-English-speaking performance. Loren has won 50 international awards, including an Oscar, seven Golden Globe Awards, a Grammy Award, a BAFTA Award and a Laurel Award. Her other films include: Houseboat (1958), El Cid (1961), Yesterday, Today and Tomorrow (1963), Marriage Italian Style (1964), A Special Day (1977). She has received critical and commercial success in movies for home box-office such as Courage (1986) and in American blockbusters such as Grumpier Old Men (1995), and Nine (2009). In 1994 she starred in Robert Altman's Ready to Wear, which earned her a Golden Globe nomination in 1995. The same year she received the Cecil B. de Mille award for lifetime achievements. In 1999, Loren was listed by the American Film Institute on AFI's 100 Years... 100 Stars as #21 of 25 American female screen legends of all time. In 2002, she was honored by the National Italian American Foundation (NIAF) at its annual Anniversary Gala and was inducted into its Italian American Hall of Fame. In 2009, the Guinness Book of World Records recognized her as "Italy's Most Awarded Actress". In 1991, the Republic of France awarded her a Distinction of la Légion d'honneur (the Legion of Honor) with the grade of Chevalier (Knight). In 1997, Loren was invested Cavaliere di Gran Croce Ordine al Merito della Repubblica Italiana (Knight Grand Cross of the Order of Merit of the Italian Republic). In 2010, she was awarded the Praemium Imperiale by the Imperial Family of Japan on behalf of the Japan Art Association. Description above from the Wikipedia article  Sophia Loren, licensed under CC-BY-SA, full list of contributors on Wikipedia.