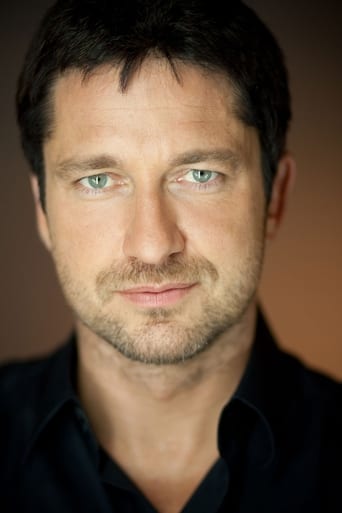 Gerard James Butler (born 13 November 1969) is a Scottish actor who has appeared on film, stage, and television. A trained lawyer, Butler turned to acting in the mid-1990s with small roles in productions such as the James Bond film Tomorrow Never Dies (1997), which he followed with steady work on television, most notably in the American miniseries Attila (2001). He garnered critical acclaim for his breakthrough work as the lead in Joel Schumacher's 2004 film adaptation of the musical The Phantom of the Opera. In 2007, Butler gained worldwide recognition through his portrayal of King Leonidas in the film 300. Since then, he has appeared in projects including P.S. I Love You (2007), Nim's Island (2008), RocknRolla (2008), The Ugly Truth (2009), Gamer (2009), Law Abiding Citizen (2009), The Bounty Hunter (2010), and How to Train Your Dragon (2010). Description above from the Wikipedia article Gerard Butler, licensed under CC-BY-SA, full list of contributors on Wikipedia.