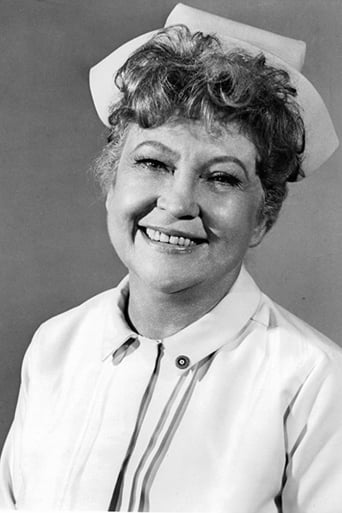 ​From Wikipedia, the free encyclopedia.   Lurene Tuttle (August 29, 1907, Pleasant Lake, Indiana - May 28, 1986, Encino, California) was a character actress, who made transitions from vaudeville to radio, to films and television. Her most enduring impact was as one of network radio's most versatile actresses. Often appearing in 15 shows a week, comedies, dramas, thrillers, soap operas, and crime dramas, and back she became known as the First Lady of Radio. She became interested in acting after her family moved to Southern California, appearing in Pasadena Playhouse productions before joining the vaudeville troupe, Murphy's Comedians. By the Great Depression, Tuttle had put her remarkable vocal versatility to work in radio, and within a decade she became one of the most in-demand actresses in the medium. Description above from the Wikipedia article Lurene Tuttle, licensed under CC-BY-SA, full list of contributors on Wikipedia.