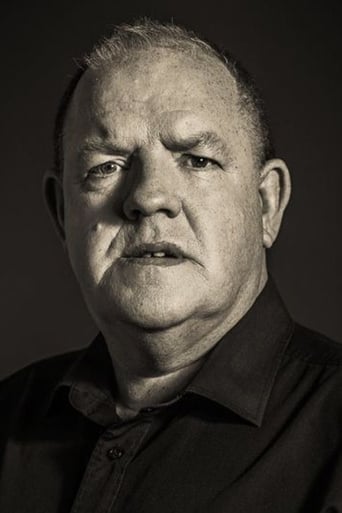 ​From Wikipedia, the free encyclopedia.   John Henshaw (born 1951, Ancoats, Manchester) is a British actor famed for his roles as Ken the landlord in Early Doors, Wilf Bradshaw in Born and Bred and PC Roy Bramwell in The Cops. He is sometimes associated with playing "hard men". He played John Prescott in ITV drama "Confessions Of A Diary Secretary". Henshaw was born one of 12 children. A number of his siblings have also acted but are not well-known. He grew up in Ancoats, Manchester's "Little Italy" community. He was a refuse collector for ten years before deciding to become an actor at the age of 40. His first big break in acting was as a minder to Robert Lindsay's character Michael Murray in the acclaimed Channel 4 series, G.B.H.. He had roles in the Steve Coogan movie The Parole Officer and in the BBC Three sitcom The Visit, which was first shown 15 July 2007. In 2002, he appeared in a Scottish Gaelic drama, Anna Bheag ("Wee Anna"), although he does not play a Gaelic-speaking character. Henshaw's other credits include Nice Guy Eddie, When Saturday Comes and appearances in The Royle Family, Last Of The Summer Wine and Life on Mars. In September 2007 at The Lowry in Salford he starred in the world premier of King Cotton. His latest role is Ken, the deputy manager in the Post Office adverts. March 2008 saw Henshaw return to Manchester playing the lead in Jim Cartwright's play Road at the Octagon theatre. Summer 2009 saw Henshaw play Meatballs in the Ken Loach-directed and Eric Cantona-starring film Looking for Eric. Meatballs was a workmate and friend of the lead character Eric Bishop (Steve Evets). In the Easter of 2010 he played Mr. Pony in Terry Pratchett's Going Postal. Henshaw is chairman of the 24:7 Theatre Festival, an annual festival of new writing for theatre based in Manchester. Description above from the Wikipedia article John Henshaw, licensed under CC-BY-SA, full list of contributors on Wikipedia.