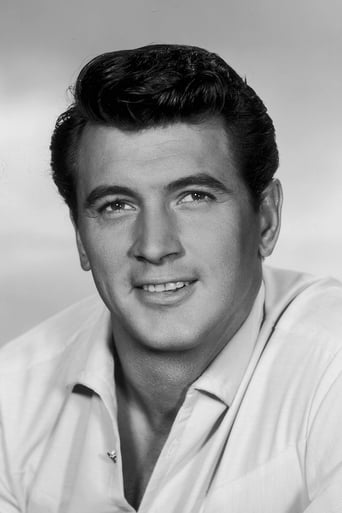 From Wikipedia, the free encyclopedia Roy Harold Scherer, Jr., later Roy Harold Fitzgerald (November 17, 1925 – October 2, 1985), known professionally as Rock Hudson, was an American film and television actor, recognized as a romantic leading man during the 1950s and 1960s, most notably in several romantic comedies with Doris Day. Hudson was voted "Star of the Year", "Favorite Leading Man", and similar titles by numerous movie magazines. The 6 ft 5 in (1.96 m) tall actor was one of the most popular and well-known movie stars of the time. He completed nearly 70 motion pictures and starred in several television productions during a career that spanned over four decades. Hudson was also one of the first major Hollywood celebrities to die from an AIDS-related illness. Description above from the Wikipedia article Rock Hudson, licensed under CC-BY-SA, full list of contributors on Wikipedia.