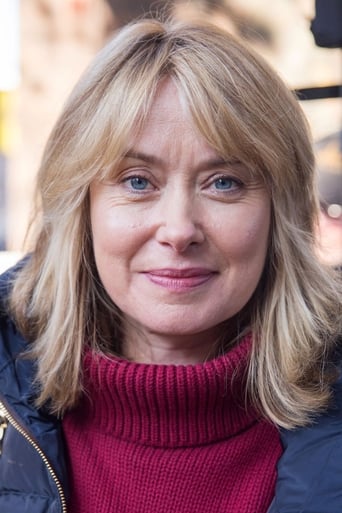 Elizabeth Jane "Beth" Goddard (born 1969) is a British actress. She grew up in Clacton-on-Sea, Essex and attended Clacton County High School and the Rose Bruford College in Sidcup, Kent, from 1986 to 1989. She met her husband, Philip Glenister, best known for his role as Gene Hunt in TV drama Life on Mars, at a birthday party of Jamie Glover in 1997. They married in 2006. The couple have two daughters, Millie and Charlotte, born in 2002 and 2005 respectively. Goddard played Belinda Ashton in the ITV detective drama Lewis, broadcast in March 2008. Goddard also starred as Suze Littlewood in the comedy Gimme Gimme Gimme. She appeared alongside her husband in the third series of BBC One drama Ashes to Ashes. In this episode the couple shared an on screen kiss. One of her first television roles was as unscrupulous yellow journalist Clare Moody in a 1994 episode of the ITV drama Cracker. Her character was involved in reporting on the crimes committed by serial killer Albie Kinsella (Robert Carlyle), who targeted her for supposedly writing the controversial TRUTH page about the Hillsborough disaster and showing no remorse for it, even continuing to use fabricated information to print stories for more profit. Albie ultimately killed her character with a letter bomb