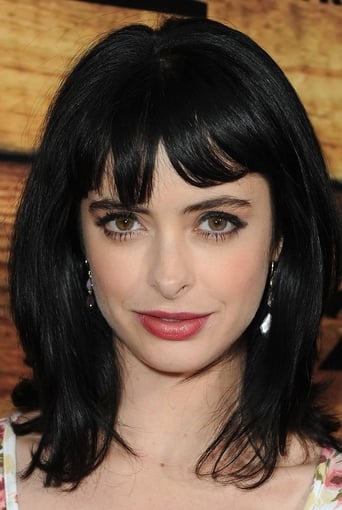 Krysten Alyce Ritter (born December 16, 1981 height 5' 9" (1,75 m)) is an American actress and former model. Ritter is well known for her critically acclaimed turn on AMC's Breaking Bad when she portrayed the junkie girlfriend of Aaron Paul's Jesse Pinkman. She has appeared in the films Confessions of a Shopaholic (2009), What Happens in Vegas (2008), 27 Dresses and had recurring roles in the television series Gilmore Girls, Veronica Mars, and 'Til Death. She was featured in "Valley Girls", an episode of The CW series Gossip Girl, In 2010, she appeared in the romantic comedy She's Out of My League and the television series Gravity, 'Til Death, and Veronica Mars. Ritter grew up on a cattle ranch near Shickshinny, Pennsylvania, where her mother, stepfather and sister live; her father lives in nearby Benton. Description above from the Wikipedia article Krysten Ritter, licensed under CC-BY-SA, full list of contributors on Wikipedia.