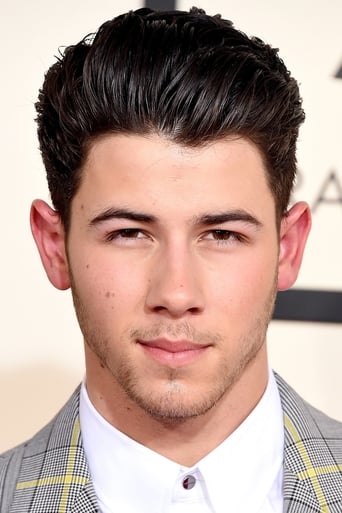 From Wikipedia, the free encyclopedia Nicholas Jerry "Nick" Jonas (born September 16, 1992) is an American singer-songwriter, musician and actor best known as one of the Jonas Brothers, a pop-rock band he formed with his brothers Joe and Kevin. The Jonas Brothers originally started as an attempted solo singing career for Nick, but the record producer liked the sound when his brothers sang backup for him. He previously starred in the Disney Channel original series JONAS L.A. as Nick Lucas, alongside his brothers. He also starred in the Disney Channel original movie Camp Rock and Camp Rock 2: The Final Jam. He formed the band Nick Jonas & The Administration, which released its first album in 2010. Description above from the Wikipedia article Nick Jonas,licensed under CC-BY-SA, full list of contributors on Wikipedia.