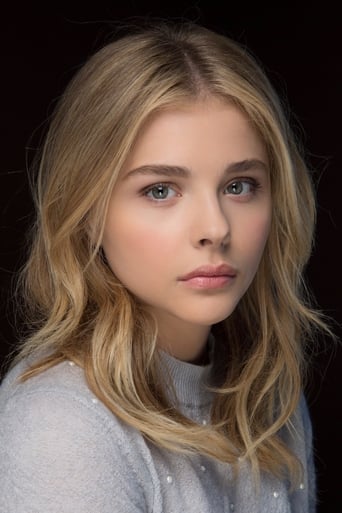 Chloë Grace Moretz was born on February 10, 1997 in Atlanta, Georgia. At the mere age of 14, Chloë already has over 6 years of experience in the entertainment industry. She credits catching the "acting bug" around the age of six to practicing lines with her older brother Trevor, who was studying at the Professional Performing Arts High School in NYC at the time. After the Moretz family relocated from New York to Los Angeles for her father’s plastic surgery practice, it didn’t take long for Chloë to jump into the entertainment industry. Chloë’s first acting gig came in 2004, when she played Violet in two episodes of the television show, "The Guardian." A year later, she appeared in her first big film: the remake of the classic film, The Amityville Horror. At the time of the film’s release, Chloë was so young that she was not allowed to see it with the rest of the cast at the film’s premiere. Chloë’s biggest break came in 2010, when she took on the controversial role of Mindy Macready, aka Hit-Girl, in Matthew Vaughn’s film adaptation of Mark Millar’s popular graphic novel series, Kick-Ass. Thanks to her intense training for the film, Chloë is trained in martial arts and weapons handling. Chloë’s approach to acting has been consistent: "I always try to find something in my own life that connects me to the character. The more I live, the more I find things that I can use in my acting". She adds, "I have learned never to judge any of the characters that I portray. Sometimes that is difficult to do, because as a human being, we tend to make judgments when we find out information about people and situations. In order to bring a character to life, though, I find that I cannot judge her or I won’t be true to her." To date, Chloë has been involved in over 20 film productions, guest starred in numerous television shows (including a two-year stint on Disney’s "My Friends Tigger & Pooh"), and has appeared in music videos for Best Coast and The Soft Pack. With her popularity rising, Chloë has been featured in spreads for magazines such as Blackbook, Nylon, French Vogue, and W. She’s also appeared on the cover of Empire, Wonderland, Interview, and Teen Vogue. It’s probably no surprise that Chloë’s trendy style has caught the attention of the fashion world, earning her a spot as a model in high fashion photoshoots, a valued guest at couture events, and most recently, an ambassador position with Aéropostale. Despite her blooming career and busy film and press schedule, Chloë’s family ensures that she maintains a grounded attitude and a relatively normal teenage life. Like other girls her age, Chloë likes to play video games, attend concerts, travel, and tweet about all of the above. She’s not yet allowed to buy designer clothes, and has only recently begun to wear heels, but her position as one of the youngest powerhouses in Hollywood already has been solidified.