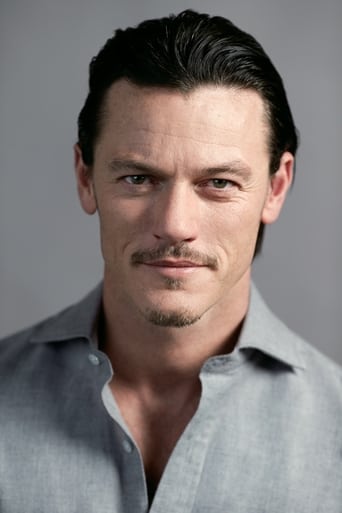 Luke Evans (born April 15th 1979) is a British actor. He was born on Pontypool but lived his early years in Crumlin, a small village in Newbridge South Wales. The rest of his childhood and Teenage years were spent in the village of Aberbargoed, South Wales, at the age of 17 when he moved to Cardiff and then in 1997 he won a scholarship to train at The London Studio Centre for 3 years. Since his graduation in 2000, Evans has starred in many of London's West End productions including La Cava, Taboo, Rent, Miss Saigon and Avenue Q as well as several fringe shows in London and at the Edinburgh Festival. In 2008 he landed a role playing Vincent in the play Small Change written and directed by Peter Gill at the Donmar Warehouse, later that same year he did his second show at the Donmar Warehouse, Piaf, in which he played Yve Montand. The following year he landed his first film role as Apollo in the Clash of the Titans (2010) remake, he later went onto play Clive in the film Sex & Drugs & Rock & Roll (2010). He was then seen in Robin Hood (2010) playing the Sheriffs Thug. Evans went on to portray DI Craig Stokes in Blitz (2011), the film adaptation of Ken Bruen's novel of the same name in which he stars with Jason Statham and Paddy Considine. After that, Evans went on to play the role of Andy in acclaimed director Stephen Frears’ newest film Tamara Drewe (2010) based on Posy Simmonds' Tamara Drewe. Gemma Arterton co-stars. In early 2010 he starred in an independent movie called Flutter (2011) directed by Giles Borg. He then went on to shoot Tarsem Singhs Greek epic, Immortals (2011) in which Evans plays Zeus. Evans will be playing the role of Aramis in Constantin Film's upcoming 3D version of Alexander Dumas' book The Three Musketeers (2011), directed by Paul WS Anderson. Filming took place in Bavaria, Munich and Berlin. Evans will then star alongside John Cusack in James McTeigue's film The Raven, replacing Jeremy Renner. In the film, Evans will play Detective Fields who investigates a series of murders alongside Cusack's Edgar Allan Poe, set in mid-19th century Baltimore. Shooting is taking place in Budapest and Serbia from November 2010. Description above from the Wikipedia article Luke Evans (actor), licensed under CC-BY-SA, full list of contributors on Wikipedia.