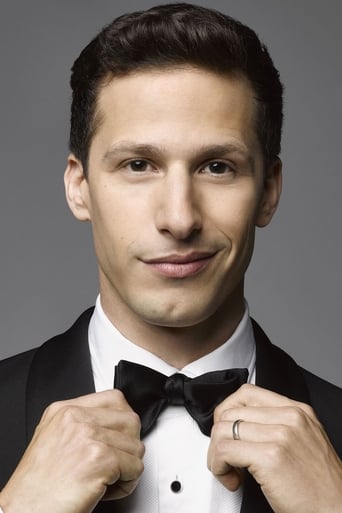 ​From Wikipedia, the free encyclopedia.   David Andrew "Andy" Samberg (born August 18, 1978) is an American actor, comedian, rapper and writer best known as a member of the comedy group The Lonely Island and as a cast member on Saturday Night Live. On Saturday Night Live, he and The Lonely Island have been credited with popularizing the Emmy-winning SNL Digital Shorts, the comical short films and music videos starring Samberg and other members of the SNL cast. As a film actor, Samberg has appeared in Hot Rod, Space Chimps, Nick and Norah's Infinite Playlist, I Love You, Man and Cloudy with a Chance of Meatballs. Description above from the Wikipedia article Andy Samberg licensed under CC-BY-SA, full list of contributors on Wikipedia.