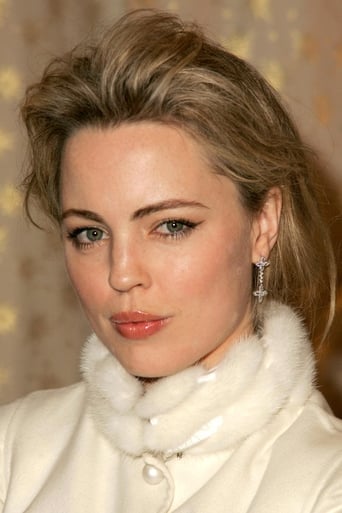 Melissa Suzanne George (born 6 August 1976) is an Australian film and television actress who has worked in Australia, the United Kingdom and the United States. Melissa is perhaps best known for her role as Angel Parrish on the Australian soap opera Home and Away. The show was followed for appearances in the series, including Roar and Thieves. Melissa also has appeared in the hit shows Alias and In Treatment. Her film debut was in the neo-noir science fiction feature Dark City (1998), and later was cast in supporting roles in the films The Limey (1999) and David Lynch's drama Mulholland Dr. (2001). Other film appearances include the remake of The Amityville Horror (2005), the thriller Turistas (2006), and the vampire horror 30 Days of Night (2007). She has earned critical acclaim recently for her starring role in the psychological horror Triangle (2009). Description above from the Wikipedia article Melissa George, licensed under CC-BY-SA, full list of contributors on Wikipedia.