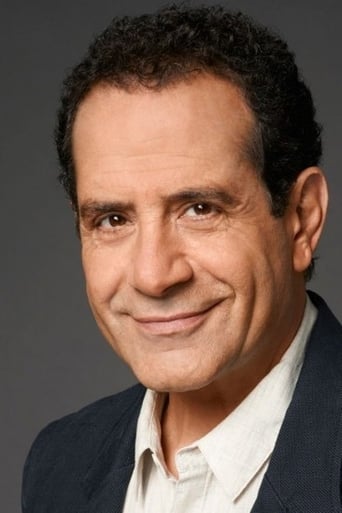 From Wikipedia, the free encyclopedia. Anthony Marcus "Tony" Shalhoub (born October 9, 1953) is an American actor. His television work includes the role of Antonio Scarpacci on Wings and sleuth Adrian Monk on the TV series Monk. He has won three Emmy Awards and a Golden Globe for his work in Monk. He also has a successful career as a character actor, with roles in films like Spy Kids, Men in Black, Men in Black II, Galaxy Quest, 1408, Barton Fink, Big Night, The Siege, The Man Who Wasn't There. Description above from the Wikipedia article Tony Shalhoub, licensed under CC-BY-SA, full list of contributors on Wikipedia​