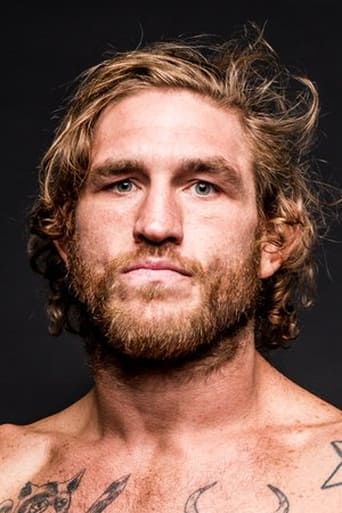 is an American professional mixed martial artist and professional wrestler currently competing in the Light Heavyweight division of the UFC. A professional since 2007, he was also a cast member of SpikeTV's The Ultimate Fighter: Team Nogueira vs. Team Mir. Early life Lawlor was born in Fall River, Massachusetts before moving to Swansea, Massachusetts, and then finally to Fort Myers, Florida. He attended Estero High School in Florida and was on the wrestling team, then continued his wrestling career at the University of Central Florida. Lawlor first began Brazilian jiu-jitsu in his home town of Fall River. Lawlor had a sister who died in a car accident in 2001, he dedicated his UFC on Fuel TV 9 win to his late sister. Mixed martial arts Lawlor previously lived in Providence, RI. He, along with TUF alumni and MMA veteran Seth Petruzelli and Brazilian jiu-jitsu Black Belt Mike Lee, was previously a part-owner and coach at The Jungle MMA – Orlando BJJ, MMA, Muay Thai The Jungle MMA and Fitness. He currently trains at Lauzon MMA and works with Team Aggression in Bridgewater, Massachusetts. Lawlor has made himself known by imitating other fighters (Art Jimmerson, Dan Severn, Harold Howard, and Genki Sudo) during the weigh-ins and octagon entrances. These impersonations, along with his tongue-in-cheek ring entrance routines (paying homage to Hulk Hogan and Apollo Creed amongst others) have made Lawlor something of a cult figure among fans. In 2010, Lawlor announced his intention to tone down his pre-fight antics. Amateur career Before turning professional in 2007, Lawlor made his MMA debut as an amateur in 2003, facing Rich Mitchell at Xtreme Fighting 5 on July 26, 2003. He won via KO just under a minute into the fight, and would subsequently take time off from MMA. The Ultimate Fighter Lawlor appeared on the eighth season of The Ultimate Fighter. He submitted Ryan Lopez with a rear naked choke in the elimination round to earn his spot in the TUF house. He was chosen by Frank Mir to be a part of Team Mir. He was selected to fight first against Ryan Bader and despite a good showing, Lawlor lost by knockout in the first round, due to a ground and pound punches.