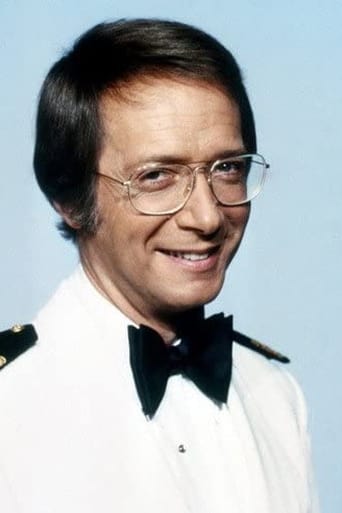 From Wikipedia, the free encyclopedia Bernard Morton "Bernie" Kopell (born June 21, 1933) is an American television character actor who is probably best known for his role as Dr. Adam Bricker ("Doc") in The Love Boat. He also portrayed Alan-a-Dale in When Things Were Rotten, Jerry Bauman in That Girl, Siegfried in Get Smart, and Louie Pallucci in The Doris Day Show. Kopell also played several characters on the hit sitcom Bewitched including the witches' Apothecary, and the warlock Alonzo in episode # 239, "The Warlock in the Gray Flannel Suit." He played a director in an episode of Alfred Hitchcock Presents ("Good-Bye George," original air date December 13, 1963). About this same time, he guest starred on Phil Silvers's unsuccessful sitcom The New Phil Silvers Show on CBS. He had a cameo as a patient in the Scrubs episode, "My Friend the Doctor", as well as an episode of the Disney Channel Original Series, The Suite Life of Zack & Cody. He also portrayed a plastic surgeon who gave Ed Brown a facelift on Chico and the Man. Kopell's role as Doc on The Love Boat was parodied in a humorous cameo appearance on Late Show with David Letterman in 1995. Two entries in that night's Top Ten List poked fun at The Love Boat, one at the Doc character specifically. The camera cut to Kopell, who was sitting in the audience, and he stormed out of the theater.In a dream sequence of Fresh Prince of Bel Air Kopell made a parody cameo of himself as an actor who played a ship's doctor so many times he offers to perform an operation for real! Kopell made a cameo appearance in the 2008 film adaptation of Get Smart. Recently he has been seen in television advertisements for Nasalcrom, carefully enunciating the product's name and assuring viewers "that's right, it's a spray". Kopell has also appeared as guest star in the Monk episode "Mr. Monk and the Critic", playing Mr. Gilson, the restroom attendant. Kopell also guest starred in a 2009 episode of My Name is Earl entitled "Pinky." Kopell has performed in the theater and played the lead role in the off Broadway production of "Viagra Falls" in 2010. Kopell was born in Brooklyn, New York City, the son of Pauline (née Taran) and Al Bernard Kopell. Description above from the Wikipedia article Bernie Kopell, licensed under CC-BY-SA, full list of contributors on Wikipedia.