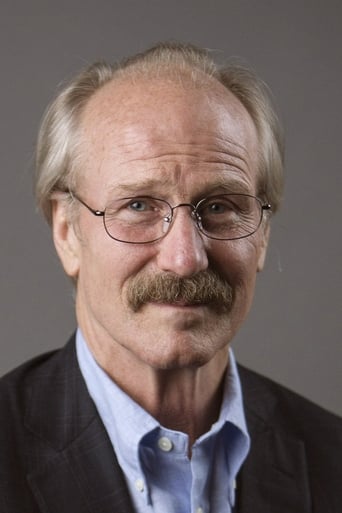 William M. Hurt (born March 20, 1950) is an American actor. He received his acting training at the Juilliard School, and began acting on stage in the 1970s. Hurt made his film debut as a troubled scientist in the science-fiction feature Altered States (1980), for which he received a Golden Globe nomination for New Star of the Year. He subsequently played the leading role of a sleazy lawyer in the well-received film noir Body Heat (1981). In 1985, Hurt garnered substantial critical acclaim and multiple acting awards, including an Academy and a BAFTA Award for Best Actor, for portraying an effeminate homosexual in Kiss of the Spider Woman. He went on to receive another two Academy Award nominations for his lead performances in Children of a Lesser God (1986) and Broadcast News (1987). Hurt remained an active stage actor throughout the 1980s, appearing in numerous Off-Broadway productions including Henry V, Fifth of July, Richard II, and A Midsummer Night's Dream. Hurt received his first Tony Award nomination in 1985 for the Broadway production of Hurlyburly. After playing a diversity of character roles in the following decade, Hurt earned his fourth Academy Award nomination for his supporting performance in David Cronenberg's crime thriller A History of Violence (2005). Other notable films in recent years have included A.I. Artificial Intelligence (2001), Syriana (2005), The Good Shepherd (2006), Mr. Brooks (2007), Into the Wild (2007), The Incredible Hulk (2008), and Robin Hood (2010). Description above from the Wikipedia article William Hurt, licensed under CC-BY-SA, full list of contributors on Wikipedia