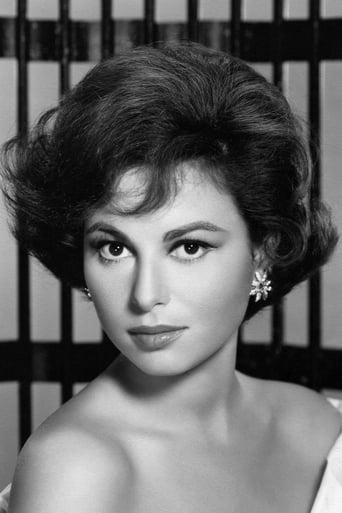 From Wikipedia, the free encyclopedia Haya Harareet (sometimes credited as Haya Hararit; born 20 September 1931 in Haifa) is an Israeli actress. Harareet began her career in Israeli films with Hill 24 Doesn't Answer (1955), but her most widely seen performance in international cinema was as Esther in Ben Hur (1959) opposite Charlton Heston. She also starred in Edgar G. Ulmer's Journey Beneath The Desert (1961) with Jean-Louis Trintignant. Her career, however, was short-lived and, after a few films, ended in 1964. She co-wrote the screenplay for Our Mother's House (1967) from the novel of the same name by Julian Gloag. The film starred Dirk Bogarde. She was married to the British film director Jack Clayton until his death on February 26, 1995. As of 2010 she is the only leading actor from Ben-Hur to remain alive. She also starred opposite Stewart Granger in Basil Dearden's film The Secret Partner (1961). She played the role of Dr. Madolyn Bruckner in The Interns (1962). She also played opposite Virna Lisi in Francesco Maselli's La donna del giorno (1956) ("The Doll that Took the Town"), and Edgar G. Ulmer's L'Atlantide (1961) ("Journey Beneath The Desert", AKA "The Lost Kingdom") with Jean-Louis Trintignant. Ms. Harareet resides in Buckinghamshire, England.   Description above from the Wikipedia article Haya Harareet, licensed under CC-BY-SA, full list of contributors on Wikipedia.