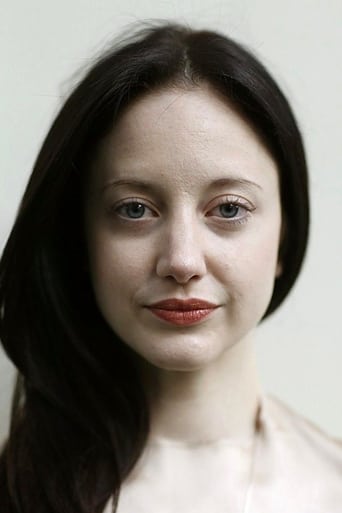 Actress Andrea Riseborough caused a veritable sensation in her native Britain during the 2000s, with a succession of remarkable portrayals (character and lead roles) that resisted typecasting through their stunning diversity. A native of Newcastle-Upon-Tyne, Riseborough left school at age 17 and resisted the idea of attending university at first, but ultimately enrolled at London's legendary Royal Academy of Dramatic Art (RADA), where she began to specialize in playing virginal innocents. The homogeneity of those assignments was reportedly frustrating for the blossoming thespian, though she had the epiphany that "all virgins are different," and began to excel by locating the psychological and dramatic uniqueness (the core) of each new character. The ability to do so helped the upstart secure a highly regarded agent by her third year at RADA. Following graduation, the then-ingenue spent time waitressing, directed a succession of short films, launched a greeting-card firm, and took Cantonese language lessons, but soon found herself magnetically drawn back to acting. In that sphere, two remarkable tendencies emerged: a chameleon-like ability to adapt her personality and behavior to suit the material at hand, and a proclivity for exhaustively researching parts prior to beginning work. Her research, for example, carried her to Croatia for a lengthy period (as preparation for The Pain and the Itch) and prompted her to read everything she could get her hands on about onetime prime minister Margaret Thatcher (as preparation for her portrayal of a young Thatcher in the English telemovie Margaret Thatcher: The Long Walk to Finchley [2008]). Also in 2008, she teamed up with succès d'estime Mike Leigh for a small supporting role, as Dawn, in that director's seriocomedy Happy-Go-Lucky. Significantly, Riseborough remained equally active in other venues, particularly theater, with acclaimed performances in productions of Miss Julie, Dog Days, A Brief History of Helen of Troy, and other plays. She could also be seen on television, where she turned viewers' heads as the sexually voracious Kirsty on the series Party Animals. ~ Nathan Southern, Rovi