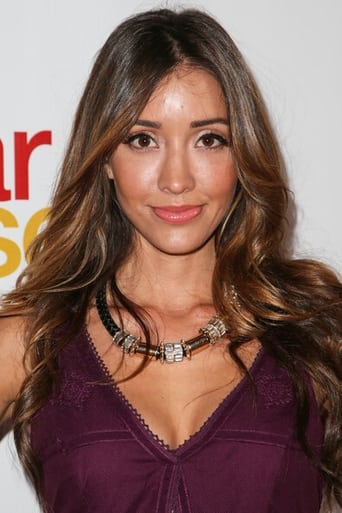 From Wikipedia, the free encyclopedia Fernanda Romero (born Mexico City 1983 as María Fernanda Romero Martínez) is a Mexicanactress,model and singer. She is most noted for her starring role in the Mexican telenovelaEternamente tuya and her supporting role in the American film The Eye. Biography Romero began her singing career when she joined BMG's recording ensemble group, Frizzby, who began touring Central America to promote their two top ten singles. They performed for Pope John Paul II at the famous Estadio Azteca in Mexico City. By the time Romero reached eighteen she was in ad campaigns for brands like Rock and Republic, Clean & Clear, Pepsi, Apple, and J.C. Penney. She also appeared in magazines such as GQ Mexico, OK Magazine Espanol, Reforma and ELLE Mexico. Romero began her acting career as host of the Univision television show Control, followed shortly by an appearance on the Telemundo telenovela La Ley del Silencio. These led to her first film offer, a role in the film Creature of Darkness, and several more small roles. Romero's breakout role occurred in the film The Eye. This exposure to American audiences led to more Hollywood films, including The Burning Plain, Drag Me to Hell and Red Canvas. In 2009, Fernanda Romero returned to Mexico to star in the soap opera Eternamente tuya.