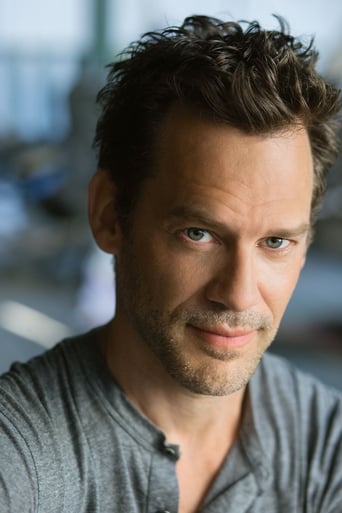 From Wikipedia, the free encyclopedia.   Christopher Russell Gartin (born January 12, 1974) is an American actor. He is perhaps best known for his role in the 1996 film Tremors 2: Aftershocks as cab driver Grady Hoover. He also had roles in the films As Virgins Fall, Johns and the comedy Friends & Family. On television, Gartin has had roles on various shows such as CSI: Crime Scene Investigation, Will & Grace, and as Rob Hartman on the "Finding Judas" episode of House. In July 2007, he joined the ensemble on Side Order of Life on the Lifetime Network. In 2009, he began appearing on the HBO series "True Blood" as Hugo, the human lover of Isabel, a Dallas vampire who serves as second lieutenant to Godric. Gartin was born in New York City, New York. He was previously married to Joanne Gartin, an event planner in Los Angeles who has organized weddings for such Hollywood names as Elizabeth Berkley and Greg Lauren, Molly Shannon, Taye Diggs, Kate Walsh, Tori Spelling, etc.