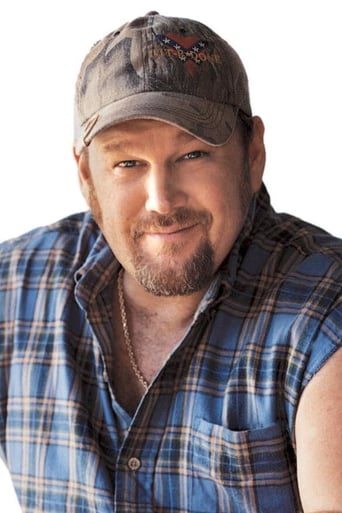 From Wikipedia, the free encyclopedia Daniel Lawrence Whitney (born February 17, 1963), better known by his stage name and character Larry the Cable Guy, is an American stand-up comedian, actor and former radio personality. He is one of the co-stars of the Blue Collar Comedy Tour, a comedy troupe which also includes Bill Engvall, Ron White, and Jeff Foxworthy, with whom he has starred on Blue Collar TV. Larry the Cable Guy has released seven comedy albums, of which three have been certified gold by the RIAA for shipments of 500,000 copies. In addition, he has starred in three Blue Collar Comedy Tour-related movies, as well as in the films Larry the Cable Guy: Health Inspector, Delta Farce, and Witless Protection. He has also provided the voice of Mater in the Disney/Pixar films Cars and Cars 2. His catchphrase, Git-R-Done!, is the title of his book. On January 26, 2010, the History Channel announced it was ordering a series starring Larry the Cable Guy, titled Only in America with Larry the Cable Guy, in which the comedian explores the country, immersing himself in different lifestyles, jobs and hobbies. The first episode of the series aired on February 8, 2011. Description above from the Wikipedia article Larry the Cable Guy, licensed under CC-BY-SA, full list of contributors on Wikipedia.